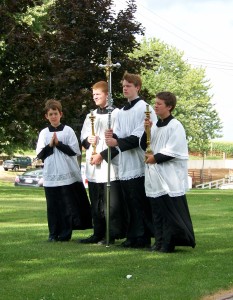 Una Voce La Crosse is a chapter of Una Voce International, a Catholic lay organization dedicated to preserving and promoting the Extraordinary Form of the Roman liturgy, often known simply as the Latin Mass. Founded in 1966, Una Voce is also committed to encouraging the broader use of Latin, Gregorian Chant, and sacred polyphony in Catholic worship. According to its mission statement, Una Voce’s efforts are conducted, “in union with the Holy See and the Bishops united with the Supreme Pontiff of the Church as encouraged through the 2007 Motu Proprio Summorum Pontificum, and the 2011 clarifying document Universae Ecclesiae”. 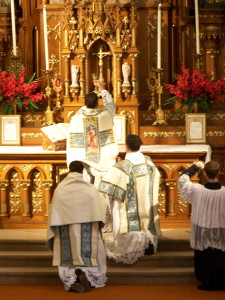 As envisioned by Pope Emeritus Benedict XVI, our desire is that the celebration of this form of the Mass will be increasingly perceived as a normal part of the Catholic Church’s liturgical life. To that end Una Voce La Crosse will sponsor Masses in the Extraordinary Form so that Catholics and non-Catholics alike can come to appreciate the richness, beauty, and depth of the classic Latin Mass. 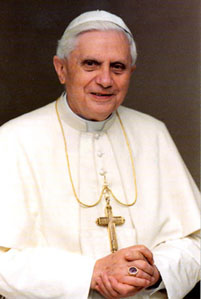 “I am of the opinion, to be sure, that the old rite should be granted much more generously to all those who desire it. It’s impossible to see what could be dangerous or unacceptable about that. A community is calling its very being into question when it suddenly declares that what until now was its holiest and highest possession is strictly forbidden and when it makes the longing for it seem downright indecent.” (Salt of the Earth, 1997) 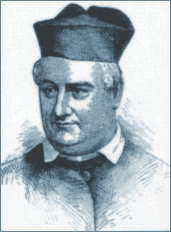 “It is the most beautiful thing this side of heaven. It came forth out of the grand mind of the Church and lifted us out of earth and out of self, and wrapped us round in a cloud of mystical sweetness and the sublimities of a more than angelic liturgy, and purified us almost without ourselves and charmed us with celestial charming so that our very senses seemed to find vision, hearing, fragrance, taste and touch more than ear can give” (Fr. Frederick Faber.)